EngraveLab optimizes laser and spindle-based engraving workflows with all-inclusive tool sets that essentially eliminate the need to use any other software packages. It’s the ideal engraving software to maximize efficiency and profitability for businesses of all sizes.

*(not all features are included in each package)

Convert photographs into beautiful, finely detailed laser engraved output on a variety of materials. No need to spend time on complex image preparation in other design applications, EngraveLab’s photo conversion tools get this done in seconds!

Maximize material savings by ganging up jobs produced on the same material. EngraveLab’s “True shape” nesting algorithm is the most efficient way in which to group engraved or cut jobs by their exact shape and dimensions.

Creating multiple copies of the same job but with text variations and/or serialization requirements has never been easier. The variable data support in the badges feature automates the design of name tags, door plates, badges and other similar type items. This feature can also be used for Braille signage.

Over 70 barcode types supported including QR and Data Matrix. Automate production and reduce margin for error. Ideal for high-volume or remote production.

Enhance your CADlink software functionality by adding industry leading masking software with this special FluidMask module. In conjunction with Vertus Tech Incorporated, CADlink integrates FluidMask directly into our applications when this module is purchased. This modules provides the ability to quickly and easily remove unwanted backgrounds from images while still working directly within your exsisting CADlink software package.

Users with Ruida controller based machines can now directly output from Engravelab to their respective engraver. EngraveLab Laser is a stand-alone design and production software package that eliminates the need for use of third-party design applications in most production workflow environments.

Users with Ruida controller based machines can now directly output from Engravelab to their respective engraver. EngraveLab Laser is a stand-alone design and production software package that eliminates the need for use of third-party design applications in most production workflow environments.

Versatility at its best with complete design and production tools for laser as well as spindle-based engravers.

Includes support for the latest as well as most widely used legacy spindle-based engravers. EngraveLab Expert is feature packed with text composition, design and automated production tools that provide engraving shops the ability to produce a wide variety of products efficiently and easily.

Runs virtually all laser engravers available today including support for Ruida™ as well as Leetro™ (in the Laser “L” Edition) controller-based machines. EngraveLab Laser is a stand-alone design and production software package that eliminates the need for use of third-party design applications in most production workflow environments.

Using the complete selection of design, layout and production features including STL file import with interactive 3D preview, as well as support for raster engraving and vector cutting. Users can rely on EngraveLab Laser for all projects start to finish.

Seamless file transfer with Corel™ enables users to quickly and easily convert images to grey-scale in order to make them laser-ready. PhotoLaser Plus also includes basic text entry and design tools as well as a host of engraving-specific production tools such as variable data (badges) support.

An ideal, inexpensive solution for engraving shops that require additional design and pre-production workstations in order to prepare files for output. EngraveLab DesignPro includes all of the same features as EngraveLab Pro but without having device drivers included.

A perfect companion product to all other EngraveLab packages for shops that would like to free-up production workstations and increase workflow efficiency. 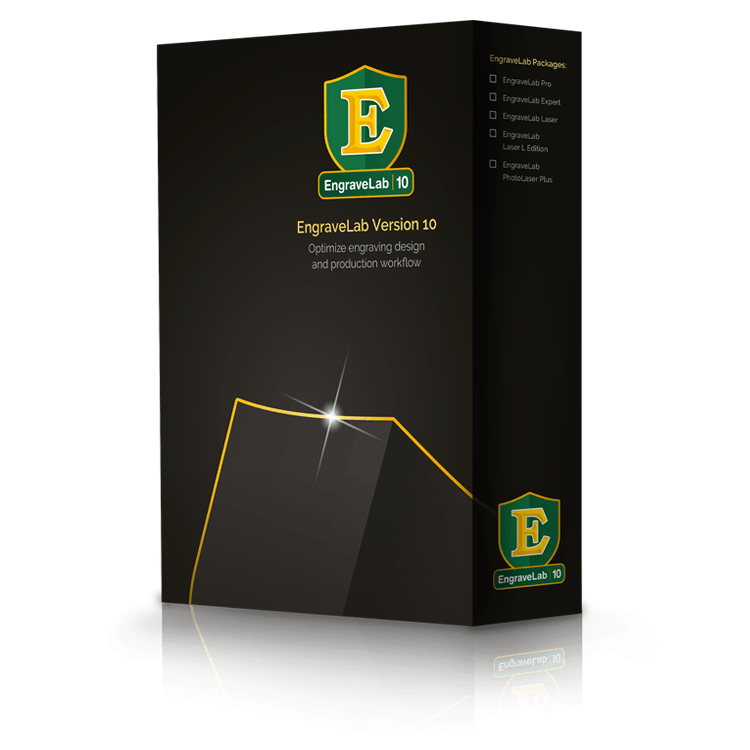 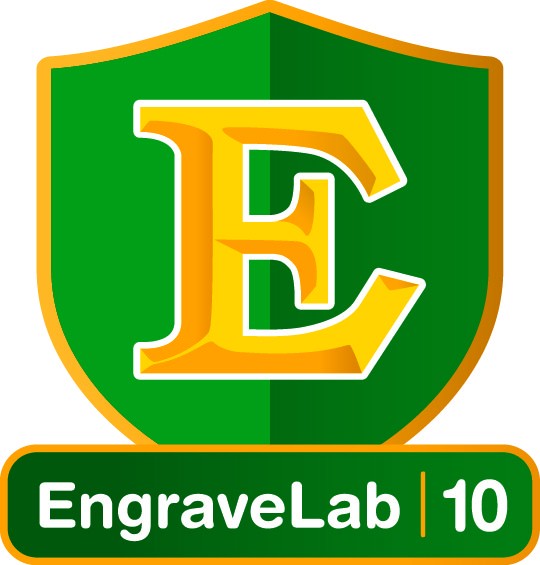 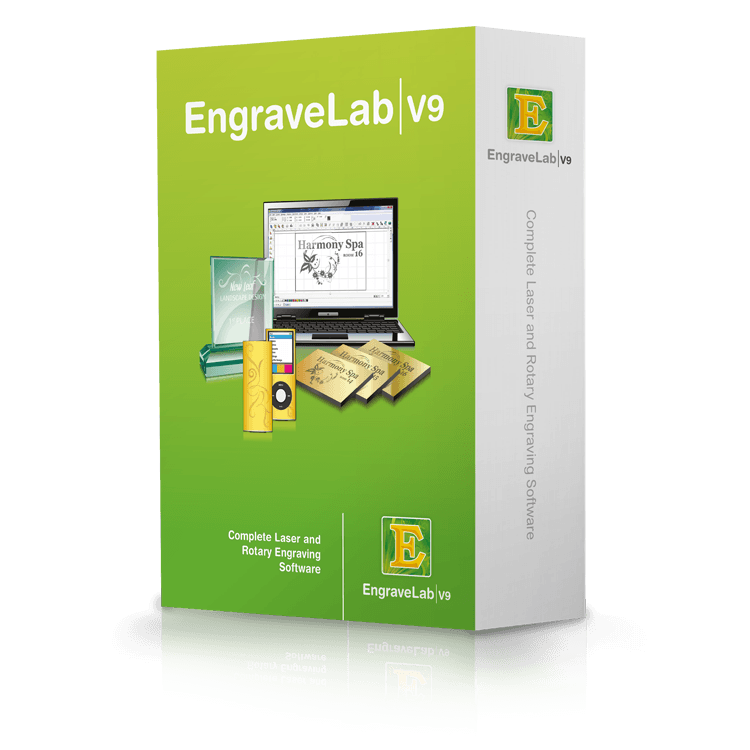